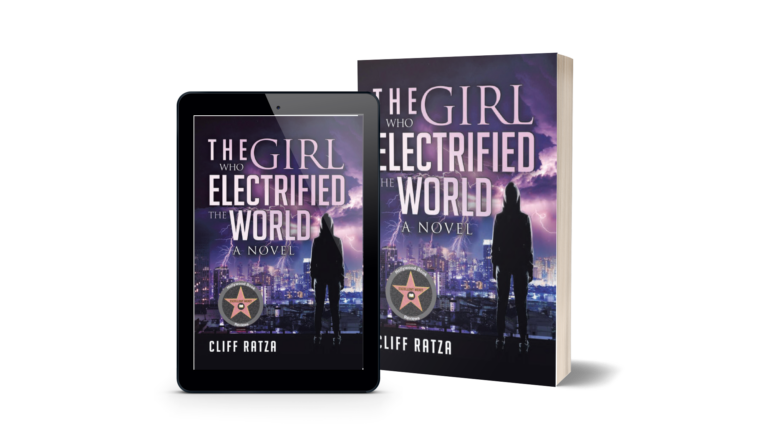 The Girl Who Electrified the World

There is so much of a person’s life that can be attributed to their genetics. As computer programmer and writer Ellen Ullman once said, “Genetics is where we come from. It’s deeply natural to want to know.” In author Cliff Ratza’s book, The Girl Who Electrified The World, protagonist Electra finds herself determined to delve deeper into her own genetics to recover from a major event and push herself towards discovering who she really is while hiding it from those around her.

In The Girl Who Electrified The World, the author takes readers right into the action of the cliffhanger ending from the first book in the series. After a devastating helicopter crash left her nearly dead, Electra is finding herself tasked with putting herself back together again, piece by piece. As she rediscovers her past and her present, Electra will find herself immersed fully back into a world of political conspiracies, espionage, and action as her Lightning Brain studies the events of the world and looks to end the threats plaguing it, from the debilitating T-Plague to the potential collapse and catastrophe of the nation known as Isilabad and the growing power of the Guardian Party.

This book is beautifully written and showcases a lengthy and detailed plot which allows for enough room to fully develop both the characters and the growing mythology of this thriller-based world. A protagonist defined by a powerful genetic engineering sci-fi adventure which gave her unique capabilities at birth, Electra becomes an outsider looking in on a world filled with possibilities, but surrounded by fear and doubt. With an evolved mind unlike any other on Earth, Electra’s recovery, infiltration and action packed adventure continue to keep readers immersed into the world the author has created.

This book is for anyone who enjoys a good thriller with a mix of political intrigue, espionage and a hint of sci-fi thanks to genetic engineering. A healthy mix of futuristic events and possibilities with the realities of the world, the narrative will keep readers invested in Electra and her story, and easily navigates between her personal journey and the larger adventure as a whole. As with the first book, the story continues to explore the theme of evolution on both a personal and global scale, as Electra discovers more about herself and her “Lightning Brain,” while the world evolves to combat the T-Plague and it’s various strains along with growing political powers and terrorist organizations.

Overall, this is a complex and addictive series which will keep readers on the edge of their seats from the first page all the way to its last. Heart-pounding action and thrills, readers should pick up a copy of author Cliff Ratza’s The Girl Who Electrified The World and discover the powerful draw of protagonist Electra for themselves.

Written in an almost cinematic voice that instantly creates an image in the reader’s mind, this is a gripping tale like no other that ends on a major cliffhanger, leaving readers desperate to know what happens next, and solidifying this series as one of the next great sci-fi thrillers of our age. – Hollywood Book Reviews

Electra Kittner uses her superior intellect to help the president of 22nd-century America combat a virus and terrorists in the continuation of Ratza’s (The Girl with the Lightning Brain, 2018) sci-fi series.

Twenty-one-year-old Electra is the sole survivor of a helicopter crash. As part of a secret operation in the U.S., the helicopter had been transporting individuals with data on the Techno-Plague virus, which triggers rapid onset of dementia. Though the crash severely injures Electra and causes amnesia, she gradually regains her faculties—but she won’t let everyone know how much has come back. Years ago, lightning struck her pregnant mother, giving Electra her name and “lightning brain” (superior intelligence and strength as well as T-Plague immunity), and she’s long suppressed her skills for fear of others’ unfavorable response. When the Guardian Party overthrows the current administration, Jared Gardner is the new U.S. President. Electra, whose leaks on T-Plague projects at the National Institutes of Health (where she was employed) helped secure Jared’s current position, becomes his covert adviser and speechwriter. This affords her some control to find a T-Plague vaccine and thwart terrorists intent on deploying the virus as a weapon. Meanwhile, physical assaults from terrorists unleash her “Monster”—her often brutal retaliation. Ratza’s follow-up is an improvement over the series’ first now that the lead is evolving. For example, Electra struggles to feel empathy, which adds vulnerability to a character with seemingly indestructible brainpower and strength. She also learns more about her late parents courtesy of relatives she meets for the first time. Despite copious discussions on the T-Plague or terrorist activities, the story has a steady pace and frequently showcases Electra’s physical aptitude (“She sidestepped the thrust, using his arm for leverage and swinging him three hundred and sixty degrees, then throwing him down the stairs”). The ending offers resolution for at least one subplot and a fantastic cliffhanger that will leave readers yearning for the next book.